In 1955, Georges Reynaud planted 20 hectares of vines on a gentle slope along the Isère River (Rhône tributary) in the southern sector of Crozes-Hermitage. Domaine Les Bruyères is located in Beaumont-Monteux, one of the appellation’s eleven communes just three miles northeast of Pont de l’Isère, where renowned Crozes vigneron Alain Graillot and his sons tend their vines.

Through the 2002 vintage, the family’s grapes were sold to the local cooperative winery, but the following year, Georges Reynaud’s then 28-year-old grandson, David, completed construction of a modern winemaking facility just in time for the 2003 crush. Upon assuming control of the domaine a few years earlier, David instituted an organic regimen in the vineyard, so the domaine was certified by Ecocert the same year (2003) as his first crush. Further research and experimentation, and the influence of friends like Matthieu Barret of Domaine du Coulet in Cornas, led to the adoption of the principles and practices of biodynamics, and in 2005, Les Bruyères received its Biodyvin certification.

David produces four limited-quantity red Crozes-Hermitage cuvées and a tiny amount of special Crozes Blanc. In the past few years, the wines of Domaine Les Bruyères have become the most sought after in the appellation. 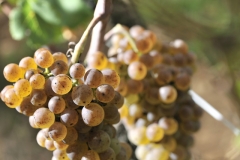 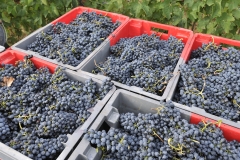 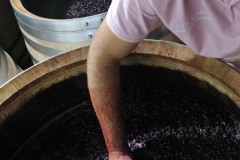